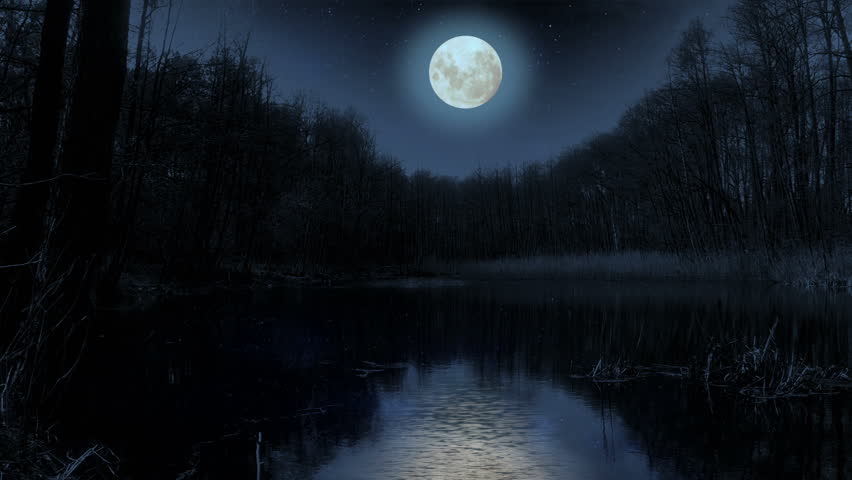 “Lainey? We playing hide and seek?” He peered into the dark past the towering trees, and sometimes back at the lake. “Well, if so, then I give up.” There was a brittleness to his playful tone. “Okay? Babe, you can come out now… Lainey?”

Nathan turned in search until he was spinning in circles and entangling himself in his anxious thoughts. He put both hands on his head—as if to try and keep it on his shoulders.

“This doesn’t make any sense,” he whispered to himself. “Think. Just think.”

Thinking Lainey could’ve gone back to the tent, Nathan headed that way. Until he heard a sound—one that grabbed him and held him still as chills prickled down his spine. Coming from behind him, Nathan heard something move in the water. A faint trickle or splash. Sounded like a small fish jumping out of the water.

He turned back to the sound, slow, like he was fearful of what he may see.

A soft breeze whistled through the trees. A creaking branch sounded like an old door opening in the woods.

Cautious steps lead him back toward the water. In one of those steps, he felt something hard beneath his boot. He moved his foot aside and saw a phone there in the grass. Lainey’s phone. He’d stepped on a button and the screen lit up to show her background image; it was a picture of him and her together.

Nathan’s eyes darted back toward the water, and that’s when he saw something that made his blood run cold. He rubbed his eyes as if to rub away the sight, but it stayed. There in the water blacker than the night sky, he saw bubbles rising to the surface.

The sight threw him into the water. Without a second thought, he charged into it. He swam out to where the bubbles were but they’d stopped.

Nathan took a breath and went under. His open eyes saw only black. With his hands out, he reached and grabbed in every direction but felt nothing. He resurfaced, took another breath, then went back under. This time deeper. He dove straight down, again reaching out and trying to see with his hands; trying to save her if only there was still time. But there wasn’t any more time in his lungs. Just as he began swimming back up, he felt the bottom of his shoe collide with something. Something dense. He didn’t need to see to know that whatever it was, it was big. He held still… then felt a current in the water as something moved quick below his feet.

Nathan swam back for the bank. Sloshing through the water, he pushed and pulled himself from the lake. Climbed from it like he was climbing through the teeth of Jaws.

He ran back to the tent and emptied his bag looking for the phone. That tiny black box fell out and landed in the dirt. Nathan grabbed his phone and, with trembling fingers, dialed three numbers he never could’ve imagined he’d have to dial.

“Hi, I’m—my name is Nathan. My girlfriend, Lainey, is missing. I can’t… I can’t find her. Anywhere.”

“You can’t find your girlfriend?”

“Okay, Sir. When was the last time you saw Lainey?”

“I don’t know. About half an hour ago. We’re—we’re at a lake, in the woods. She walked off for a second, I heard a splash. I’ve looked everywhere. I thought maybe she’d fallen into the lake so I went into the water, but I can’t find her, and…”

“Okay. It’s okay. Just take a deep breath for me, Sir. Can you give me an address for the lake?”

“All right. And are you okay?”

“Aside from not being able to find my girlfriend, I’m fine.”

“Okay. I’m going to ask that you just stay on the phone with me until I can get someone to you, okay?”

Before the operator could say anything else, Nathan sat the phone down on the ground and ran toward his car. He ran as fast as his legs would let him. From the car, he grabbed his scuba gear and ran back down to the lake.

At the bank, Nathan’s jittery hands fumbled with his gear as he struggled to put it on; trying to move faster than he could. With his gear on, Nathan plunged himself back into the lake.

Through the cloudy, hazy water, Nathan walked the beam of his light across the lake’s floor. In the dirt and moss were broken beer bottles, rocks, critters, and a long piece of rope attached to a stray rusty anchor. He followed the bottom further into the lake… until it suddenly disappeared. Nathan swam out even further, over the vast black hole before him. When he shined his light back at the bottom, the light began slipping from his fingers after what he saw. He caught it, and forced himself to look again. Where the lake’s floor dropped off, the sides funneled down into a tunnel. While at first, the bottom appeared to be filled with nothing but an empty black, it seemed the harder Nathan stared into it, the more he began noticing a faint glow, deep, deep down. A light aqua hue. He wondered how far down it went. From where he swam, it appeared bottomless. Looked like it could’ve gone straight into the belly of the Earth.

Letting into a pull from below, he began diving down further.

Then, something caught his eyes. A string of bubbles rose just before his face. He looked down at where they came from. In all that black, he saw something; something he knew was unnamed… monstrous. Something big.

A lengthy black silhouette uncoiled itself and slowly stretched its way across the bottomless trench. Nathan floated, hardly able to keep himself up with the realization weighing on him—the realization that what he was seeing might actually be real. There was no question when he saw two glares quickly turn up to him.

The flashlight slipped from his hand as he began swimming to the surface. Desperation was in every kick, in every stroke. Was he moving fast enough? Was whatever he saw chasing him? He didn’t know and didn’t dare look back. Didn’t want to know. He burst through the surface and gasped for air like he’d been dunked in ice water. His hand anchored on land and clutched Earth for dear life. He climbed from the lake and ran, shedding his scuba gear as he did. But danger followed him right from the water; chased him like it still had a chance to drown him. Nathan kept looking back as he ran—like he was expecting whatever it was down there to erupt from the water and drag him back in. Then he smacked into something that stopped him dead. A tree?

Nathan turned to see two officers—one of which, he’d run into. He began pleading to the officers immediately, as if there was anything they could do.

“The water… Lainey…. Please, please, you have to listen to me. There’s something in the water. You have to send someone down there right now, please—”

“Calm down, calm down. It’s okay. Just take a breath for me. Are you Nathan?”

“Yes. My girlfriend is in the lake, and there’s something…” The image of what he’d seen in the lake resurfaced in his head. Then so did Lainey’s face. Nathan sat down in the grass and began to cry. “Lainey.”

Shortly thereafter, an ambulance, a firetruck, a few more officers, and a dive team arrived. Nathan stood by the bank as a search and rescue team dove down into the black waters. With his heart racing faster than his thoughts, he waited as the hours passed and the morning sun’s peachy haze chased away the night sky. When the divers reemerged, they went to Nathan. They looked a little uncertain.

“Um, so, there’s nothing down there,” one of the divers said.

“Right,” Nathan said, nodding along. “You mean there’s no bottom?”

The team exchanged looks. “Uh, no. There is a bottom. But there is no… creature.”

“We couldn’t find her. We’ll continue to search though.”

On the surface, Nathan Grey looked like calm waters—clean, crisp, gentle. And he stayed that way too, even as the cold, steel handcuffs were slapped around his wrists.

The body of Lainey Sommers was never found.

Thanks for reading, and I hope you enjoyed it. Don’t forget to like and follow if so! And happy Memorial Day ❤

The Killed Conscience is available for pre-order! Check it out 🙂