Palm trees in the wind. Sand laid out all white and soft like the summer’s snow. With every step your foot sinks into it till your toes are covered.

My first day in Myrtle Beach has been amazing.

My mom brought us to Myrtle beach plenty of times when I was a kid. Being only a seven hour drive from where we lived in Knoxville at the time, it was our main destination spot. Convenient. Affordable. Since we moved to Texas eleven years ago, I’ve only revisited the vacation hotspot along South Carolina’s Atlantic coast one other time.

As a few of you know, I’ve begun traveling, and one of the first spots on my list was—drumroll please—Myrtle beach. Considering she recently took a blow from hurricane Florence, I’d say she’s undoubtedly still as beautiful as ever.

Myrtle beach is like tourist central; the most popular area being The Boardwalk—a bustling strip of gift shops, sea food restaurants, piers, and the well-known Sky Wheel that all sits along the sandy shores. Some of my favorites are The Gay Dolphin (gift shop, not a sex club), Henna Tattoo, and Ripleys Believe it or not Museum. I basically lived there as a kid.

So I got in at about 3:30 AM last night. I parked at wal mart, slept, then at 7 came down to the beach and took a walk. At that time, there were very few people on the beach (mainly joggers), and the fat bright sun was just peaking over the glistening ocean water. The breeze was so faint that the palm trees looked picture-still. Though I was running on fumes it was a very peaceful morning.

As I write this, it’s 9 PM and I’m out taking a nighttime stroll along the beach. Oddly enough there looks to be even more people out than this afternoon, shining the flashlights from their phones over the sand as they look for sea shells and the very elusive shark teeth. Out ahead, the night sky has met an even blacker ocean water. The breeze has picked up from this morning; it blows a salty mist across your skin as the waves crash and roll up the shore and over your feet.

Between early morning and nighttime walks on the beach, it’s hard to say which is my favorite. They both have their perks, but I don’t think there’s anything that can beat that sunrise over the water.

Have you ever been to Myrtle Beach? What’s your favorite time of day to walk on the beach?

If there’s anyone concerned about my sleeping arrangements, I want you to know I got a hotel. And pizza. 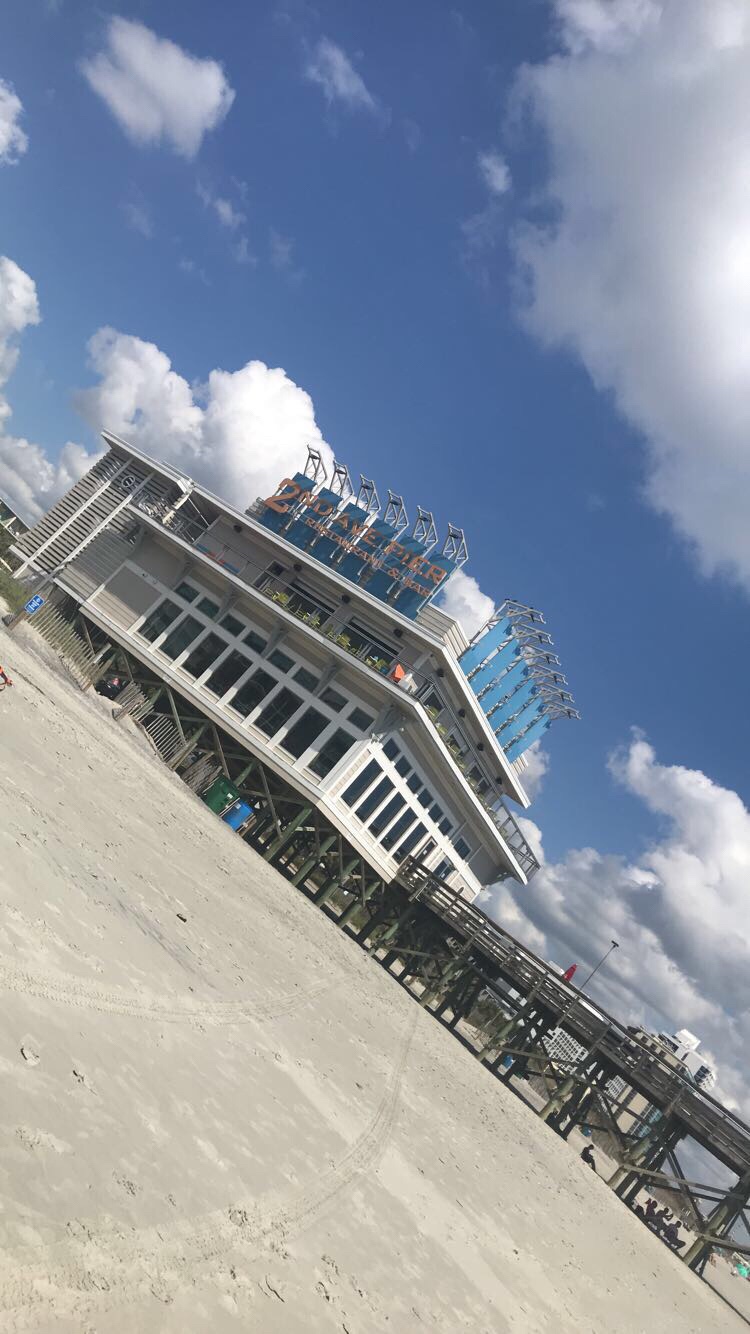 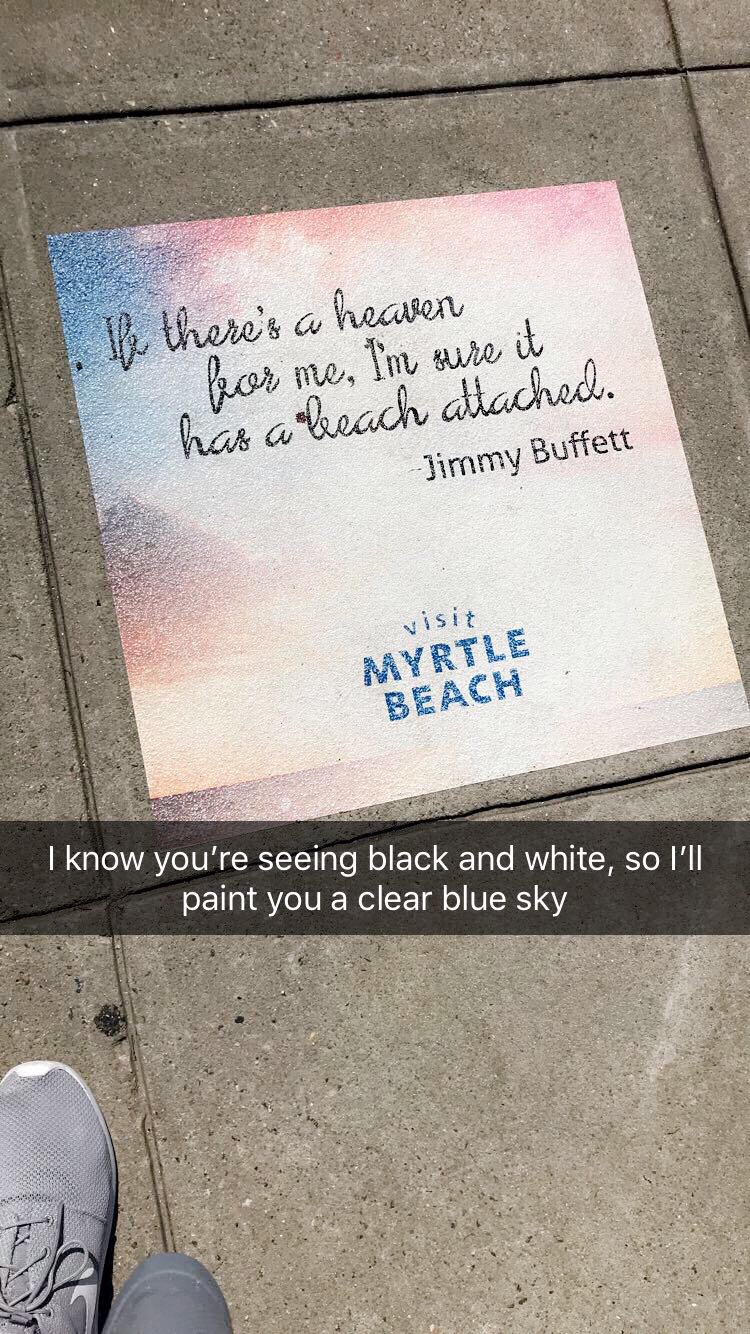 Thanks for stopping by and checking out today’s post! More coming soon 🙂

1 thought on “My first day in Myrtle Beach, SC”

Find me on Etsy!